Held a opening ceremony of the steel hardware manufacturing and galvanizing factory.

FUTAMI MEGA ENGINEERING CO., LTD., A local corporation established jointly by Futami Telecommunications Industry Co., Ltd. (Matsudo City, Chiba Prefecture, Managing Director, Fumio Nakai) in the Republic of the Union of Myanmar (hereinafter "Myanmar"). The first private steel hardware manufacturing and galvanizing factory in Myanmar was completed, and a commemorative ceremony was held on Saturday, May 20, 2017. 150 people, including Myanmar government officials, government-affiliated corporations, and people from the Japanese and Myanmar industries, attended the ceremony, which was featured in the TV news the next day, and the Japan-Myanmar business alliance and cooperation was a bright topic. A large number of customers attended the completion announcement party held on board the same night, and received many words of congratulations and encouragement. 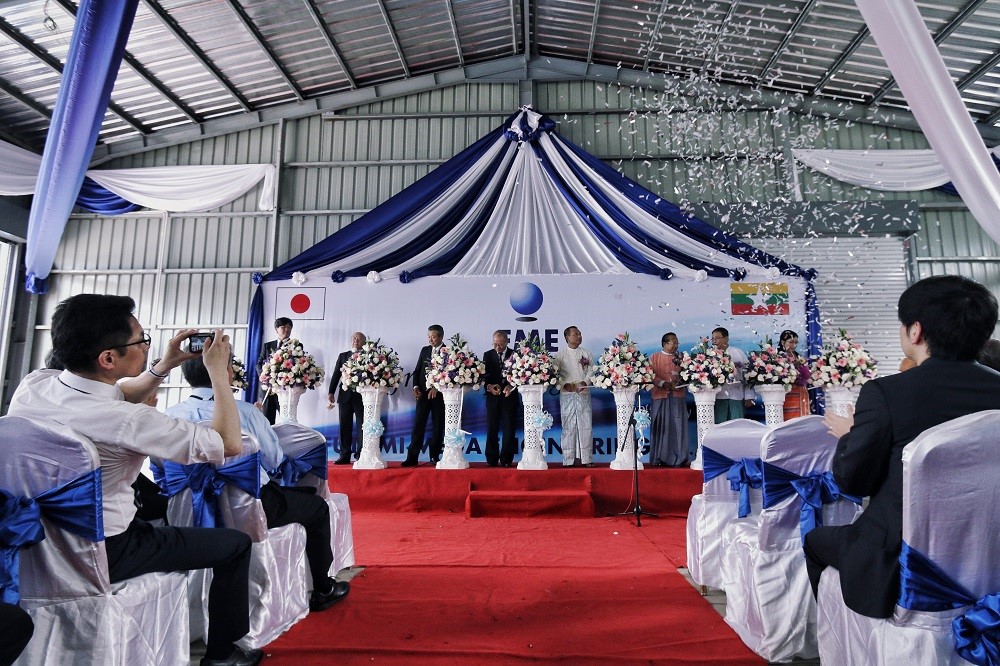 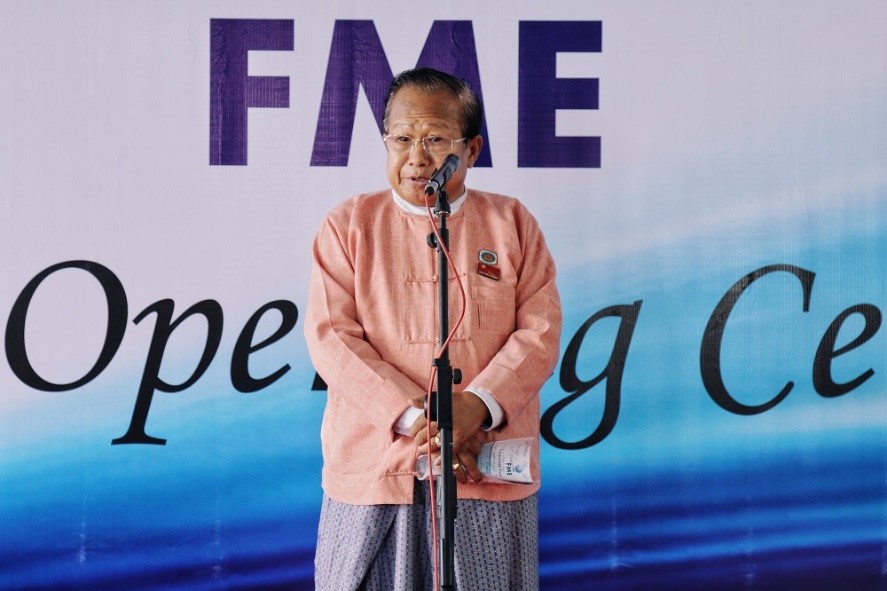 Member of the House of Representatives of Myanmar
Chairman of Transport Communications Construction Committee
H.E. U Tin Maung Win kindly gave us a congratulations speech. 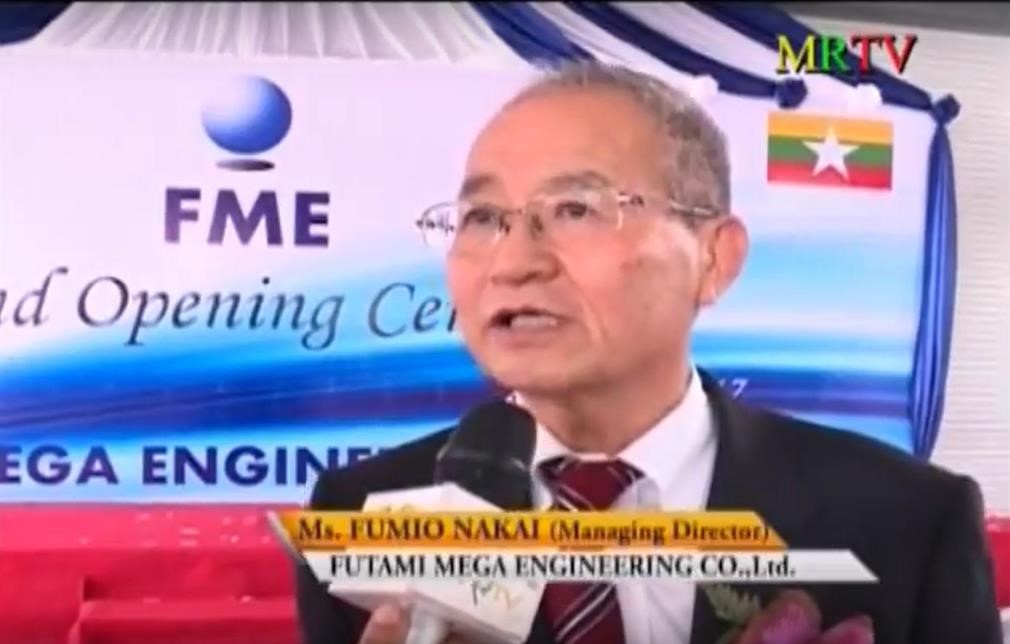